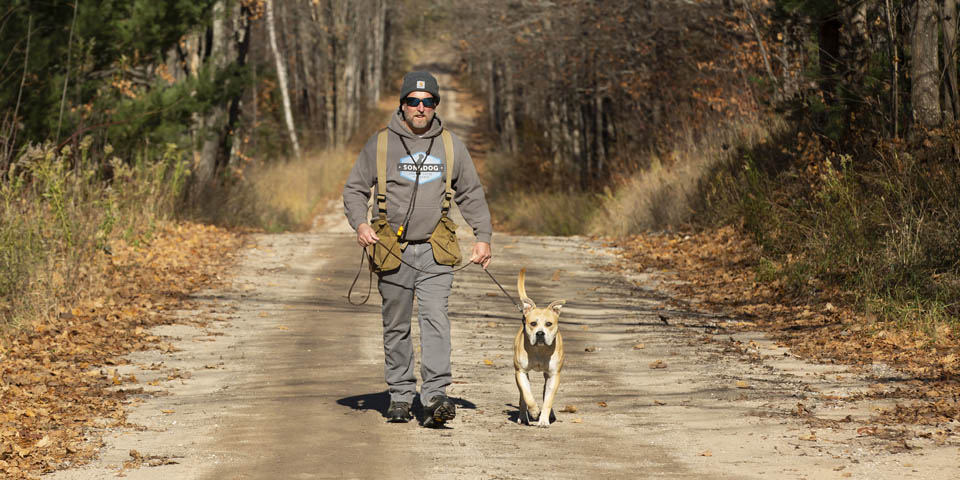 Posted at 11:57h in Songdog Kennels by marciewolf

I have found that most of my clients like the idea of a crate early on but are in too much of a hurry to get the dog out of the crate and have free run of the house. Crating is seen as cruel or as a punishment to the dog. Nothing could be further from the truth.

Dogs are den animals, they need a confined space to call their own. There are many short and long-term benefits to PROPERLY crate training your dog.

The crate will exponentially help you with potty training your pup. The crate provides a safe place for your dog while you’re away or unable to supervise them.

I cannot tell you how many dogs I have worked with that have destroyed furniture or have chewed through electrical cords or eaten something that resulted in an obstruction because they were unsupervised and had free run of the house.

The crate can also be a preventative tool. Dogs that have free run of the house may end up getting into the trash, chewing, counter surfing, barking at passersby through a window or barking at the mail person. Having the ability to freely move about the house can cause the dog to keep themselves in a highly agitated state.

Crating the dog could have prevented all these things. Better to prevent the development of a behavior issue than to try to address it once its already developed. Your puppy will not grow out of mischief, only into it.

The most common type of crate is the collapsible wire type. This type has a removable pan in the bottom to allow for easy clean up. They generally come with a divider, which is a must have. There are many great crates out there, I would recommend you do the initial training with a wire crate, then upgrade if you feel it necessary once the dog is trained.

It is most practical to purchase a crate that will fit your pup when it becomes an adult.

However, an adult sized crate is much too big a space to properly crate train a puppy. In order to create a space that is suitable, we use a divider. The divider allows you to “shrink” the space inside the crate. The divider is made of the same material as your crate. It will attach to the inside of your crate allowing you to shrink your size-large adult crate down into a puppy-sized space. Your pup should have just enough space to enter the crate, turn around and lay down.

Giving your pup too much space means that the pup can poop or pee on one side and stay high and dry on the other. Shrinking the crate will force the pup into contact with their own waste which will be aversive to the pup.

If your pup does have an accident in the crate get them out immediately. This will help make the connection and leaving them in their own waste to long will result in habituation. Once your pup is no longer having accidents you can slowly increase the size. Do not be in a rush to increase the size, if you do increase the size and the pup has an accident go back to the previous size for another week.

This is also a good time to discuss what is in the bottom of the crate. You will be better served to have nothing in the crate in terms of bedding. Beds or towels soak up the urine and the dog will be oblivious to it. If they are not forced into contact with their own waste, they may never make the connection that it is inappropriate to urinate or defecate in the crate.

Locate the crate in an area of high activity such as a kitchen or family room. Set up the crate and leave the door open for your pup to investigate on their own. Begin by placing all the dog’s toys in the crate. Eventually, the dog will curiously enter the crate and drag a toy out to play. Once the dog loses interest in the toy return the toy to the crate. The idea is to simply get the pup acclimated to going in and out of the crate while getting a toy creating a positive association.

Occasionally, toss treats into the crate for your pup, as the pup crosses the threshold of the door, say “kennel up!” or a similar command. This will initiate the linear drive of going into the crate while also starting to put the behavior on command.

NEVER force your dog into a crate as this will cause the dog to balk at going in, which is the complete opposite effect you are going for. When your pup is small it is ok to lift them up and place them into the crate. I prefer tossing a treat in and the closing the door behind them.

I recommend feeding your pup in the crate. At first, place the food in the crate and allow the pup to enter. The first several days do not close the door, stay close by and do not leave the room. Over time as your pup gets more comfortable and relaxed, place the food dish in the crate, allow the pup to enter the crate to get the food, shut the door. Shortly after the pup is done eating, go ahead and open the door. Once your pup is comfortable with the door being shut while it eats you can very slowly increase the time the pup stays in after eating. Only let the pup out if they are calm and quiet.

We will use this as a segue to acclimating your pup to being alone. We will start with short periods of time and then build from there. Separation anxiety can be a very serious issue for pup and owner. Separation anxiety can be a spectrum issue. I have worked with dogs who simply are throwing a temper tantrum in the crate as a way to get out. I have also worked with dogs who had true panic attack responses due to being left alone. The dog may bark, drool, chew on the crate breaking teeth, urinate or defecate or all of the above. This early critical period will again allow us to “prime” the dog to be comfortable being alone.

As a rule of thumb, an 8 to 16 week old pup, can reasonably go 2-4 hours in the crate without and accident while a 16-20 week old pup can go 4-6 hours. All dogs are different, the times are good guidelines. Some dogs may sleep through the night while others may need to go out and potty in the middle of the night.

Inevitably, your pup will wake you up to go potty, you will take the pup out and they will go. You will put them back in the crate so you can go back to sleep and that’s when the temper tantrum will start….barking, whining and banging around in the crate. It is possible you can ignore it and the puppy will fall back asleep.

If the tantrum continues you will want to stop it. You can lift the corner of the crate and give a firm shake while saying “QUIET!” You could also keep a large magazine or book on top of the crate, once the tantrum starts you can hit the top of the crate with the book again while giving the verbal command “QUIET!”

Both of these methods are meant to startle the pup. The startle response will be associated with the tantrum developing inhibition over time.